The eventful history of Klostergut Paradies in Schlatt (TG), situated on the idyllic banks of the Rhine, symbolizes the vicissitudes of time.

Originally founded as a convent, the complex was used entirely for farming in the early 20th century. This motivated the Swiss industrial company Georg Fischer (GF) to acquire the entire site in 1918 following the upheaval of the First World War. From that point on, agriculture and livestock farming improved the food supply of GF employees – an unusual measure even at the time.

The complex was restored on the occasion of the 150th anniversary of GF, and the Iron Library was established as a foundation of Georg Fischer AG in 1948. It is situated in the West wing of the convent building, and is open to the public. 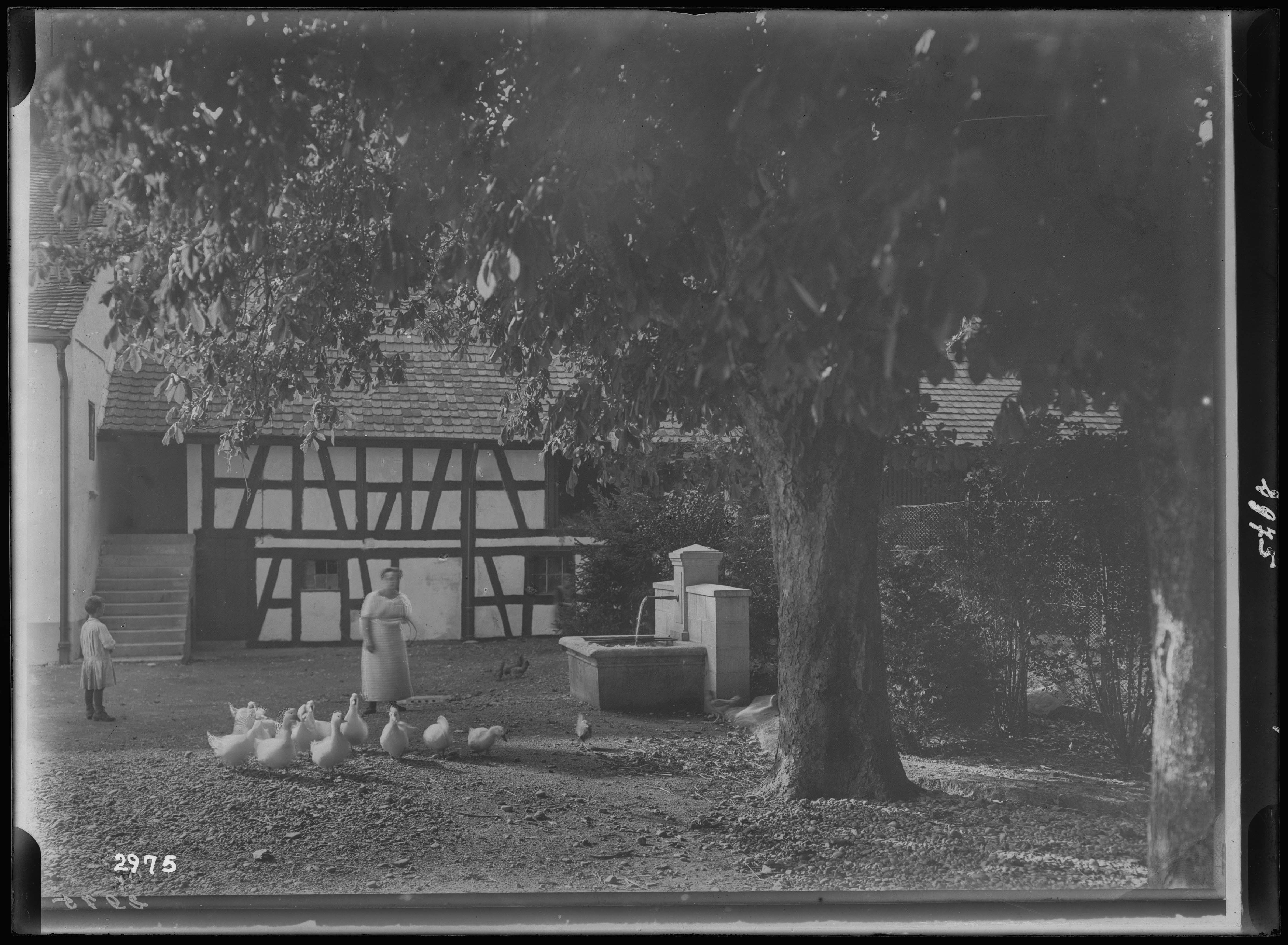 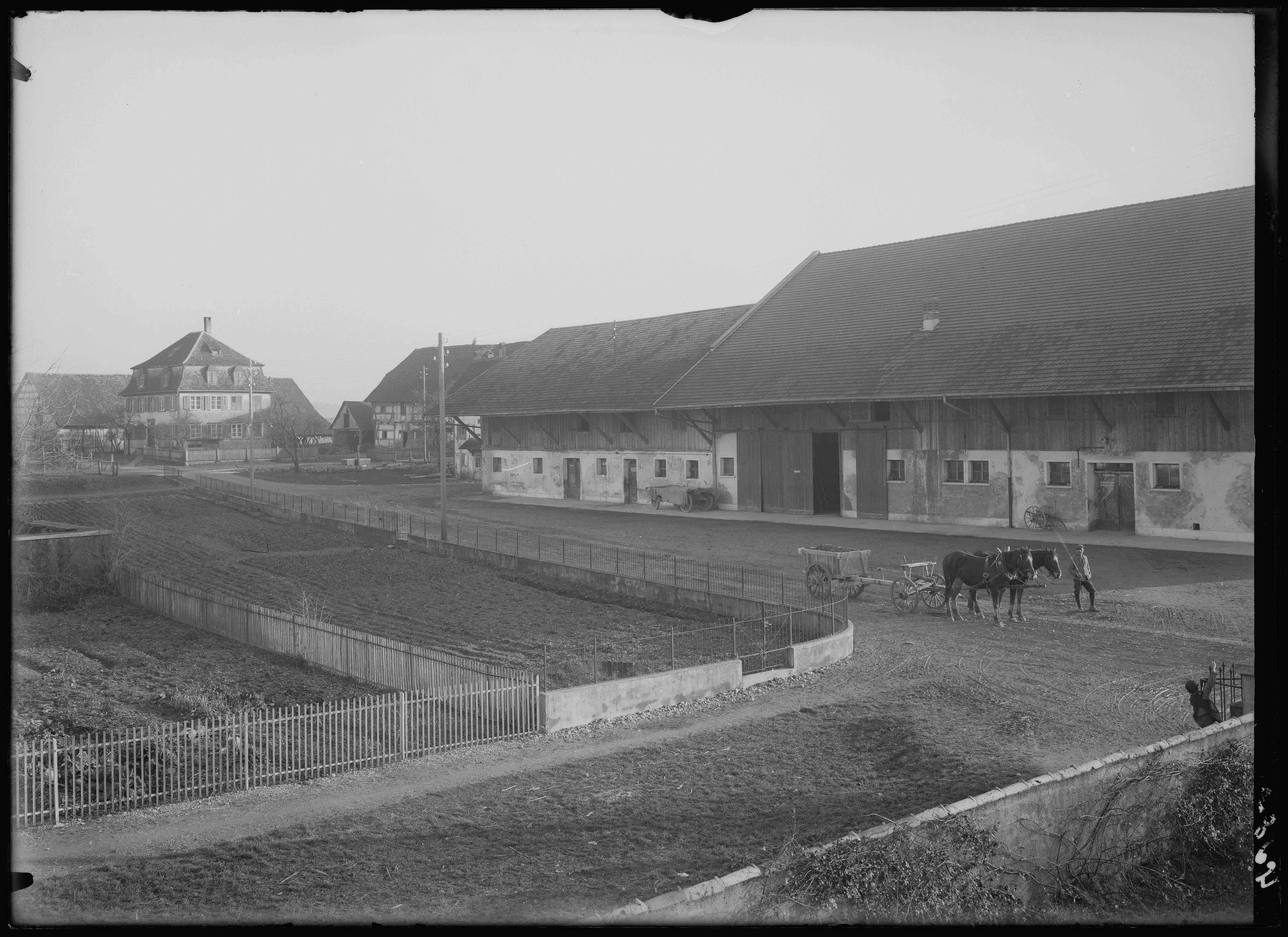 GF buys the estate with 50 hectares of agricultural land for 300'000 Swiss francs on 19 October 1918. The convent church and presbytery remain under the ownership of the Catholic parish of Schlatt. The farm grows crops including cereals and sugar beet, and breeds livestock. A total of 13 homes for workers with between two and five rooms are built in the convent complex in 1919/1920. Albert Gemperle-Beckh, President of GF’s Board of Directors at the time, explains the purchase by stating that “providing for personnel” is the primary motivation. GF is reportedly moving into industrial farming to “improve our workers’ nutrition”.
Show more 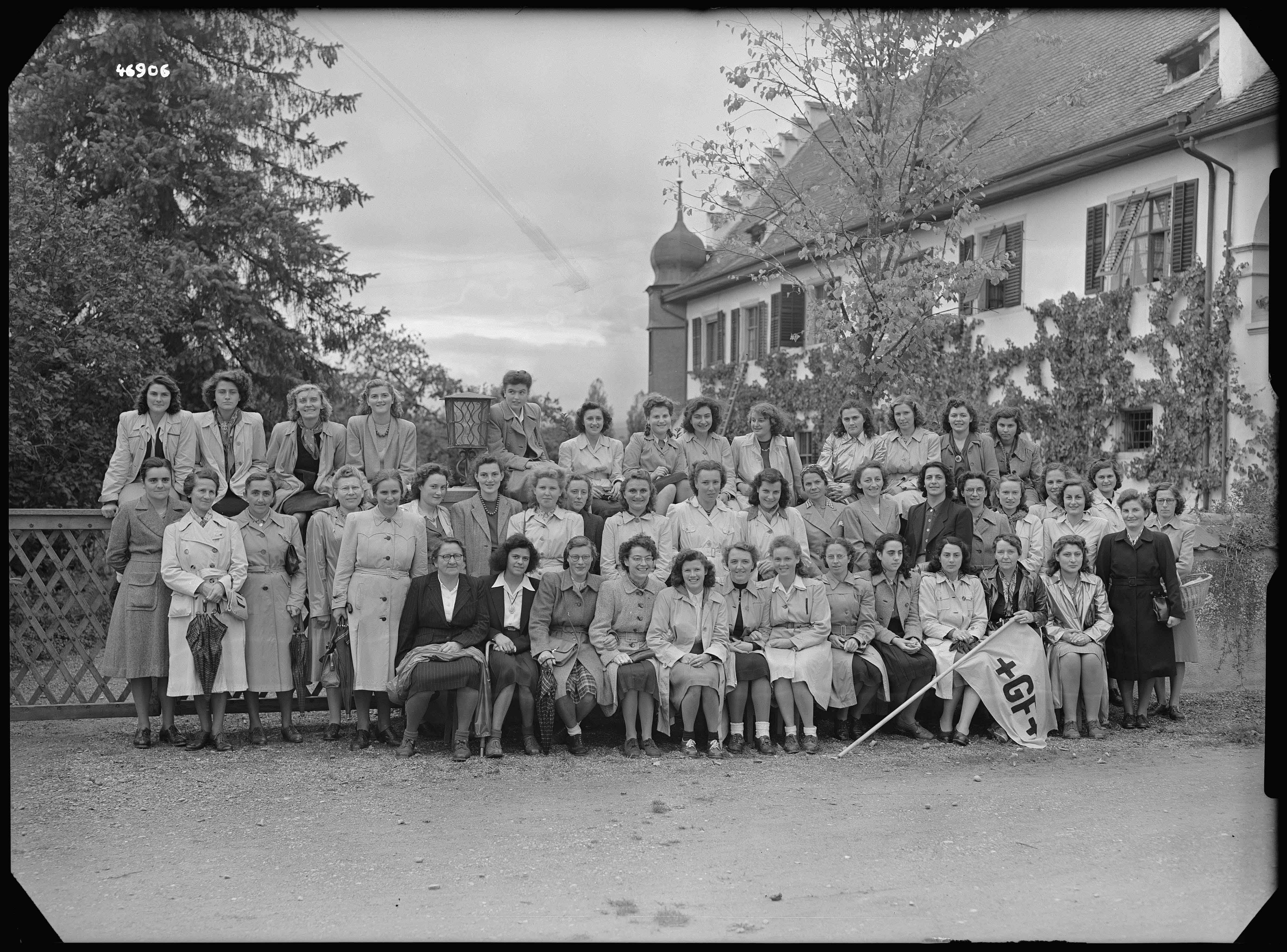 The first official group of visitors to Klostergut Paradies: GF employees, who choose the estate as the destination for an outing.
Show more 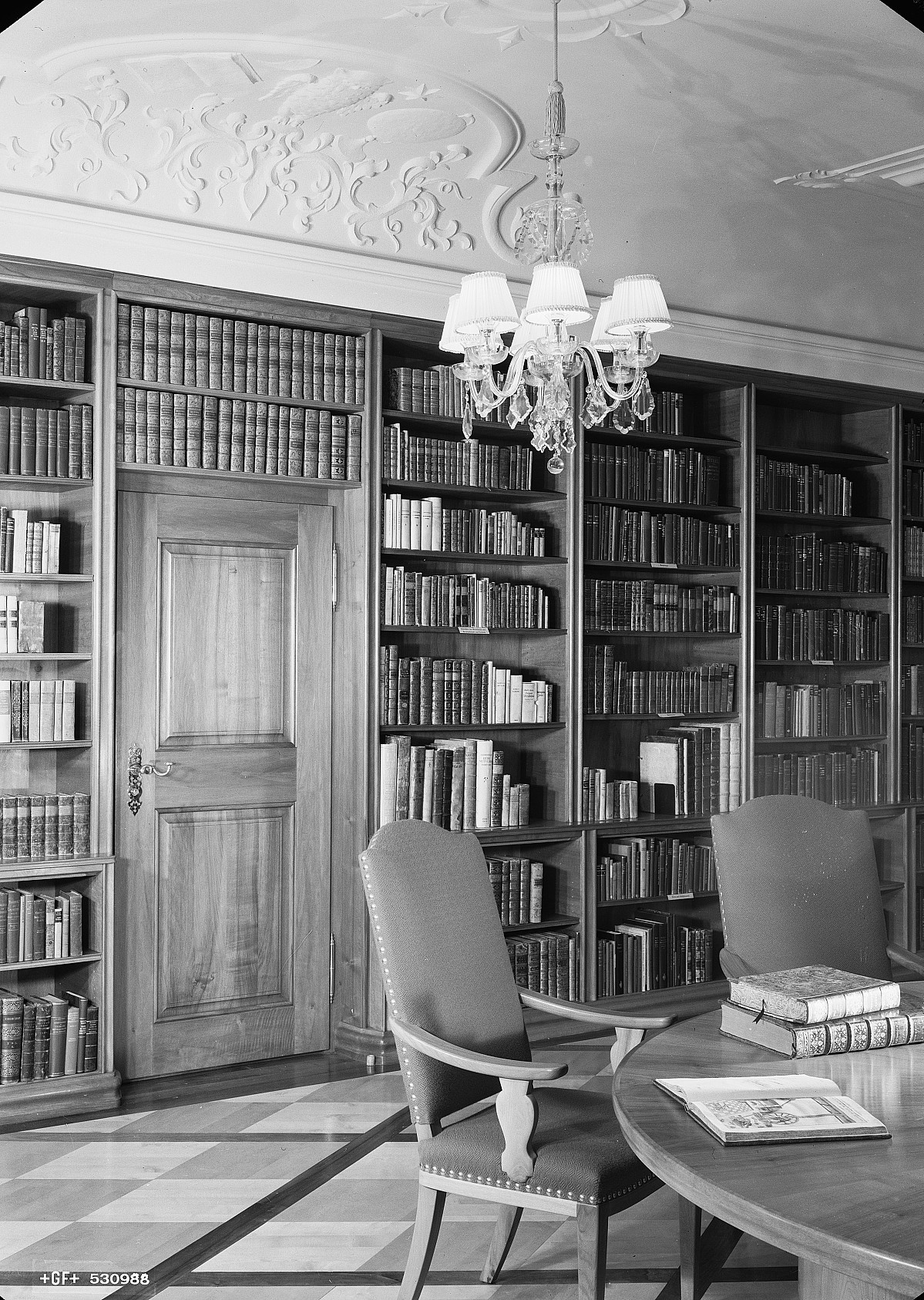 In the run-up to GF's 150th anniversary in 1952, Director Ernst Müller suggests “creating a library of the literature on the working of iron, covering all forms of processing”. The idea behind it is that GF has grown for 150 years and become a large company from processing iron. The intent is to gift the public a place that preserves and maintains this knowledge in the company's anniversary year.
Show more 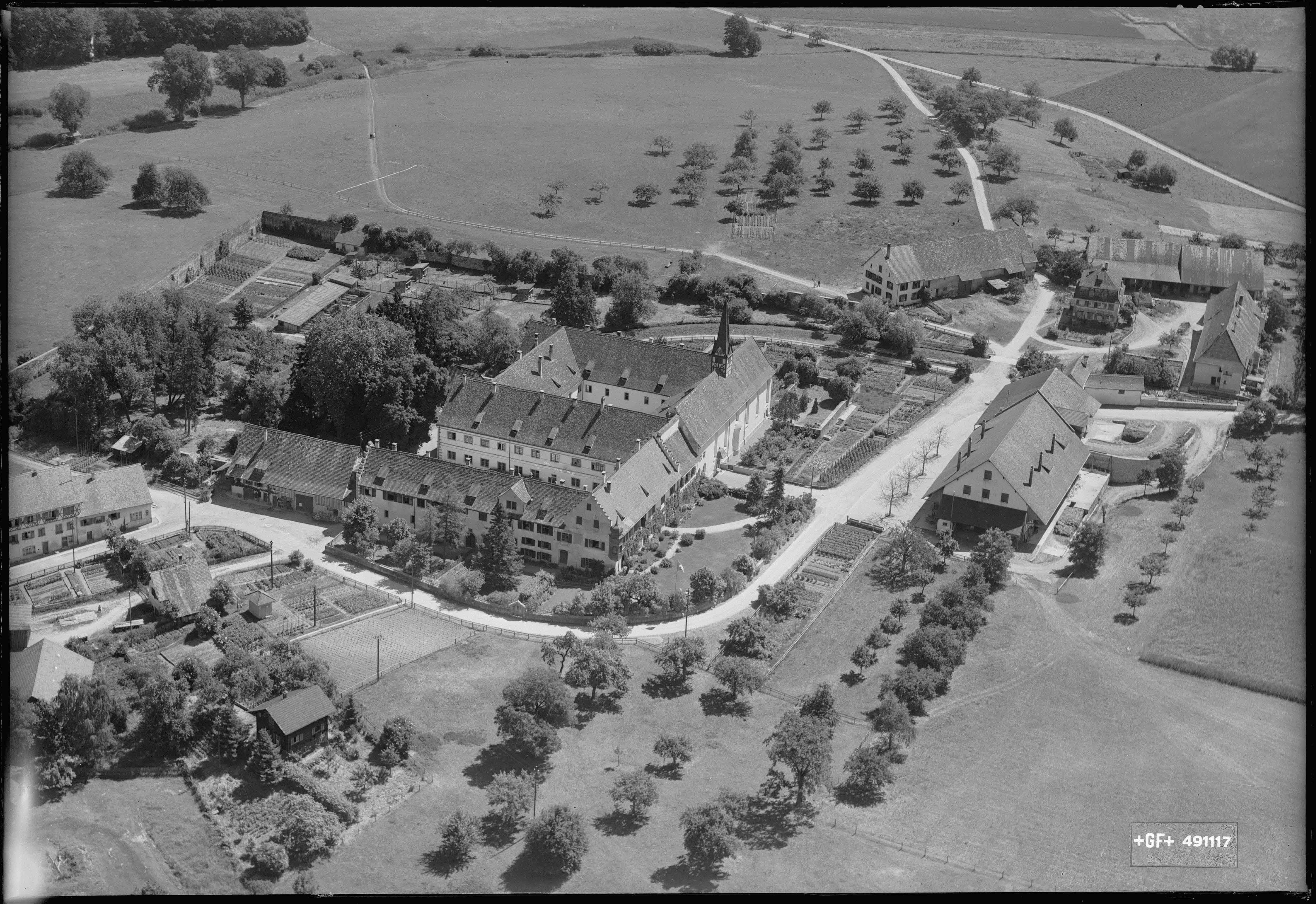 The GF Board of Directors found the Iron Library foundation at the former convent on 31 December 1948. A core stock of 10'000 titles is built up before the library is opened in 1952. These cover the history of metals, sciences, and technology in general.
Show more 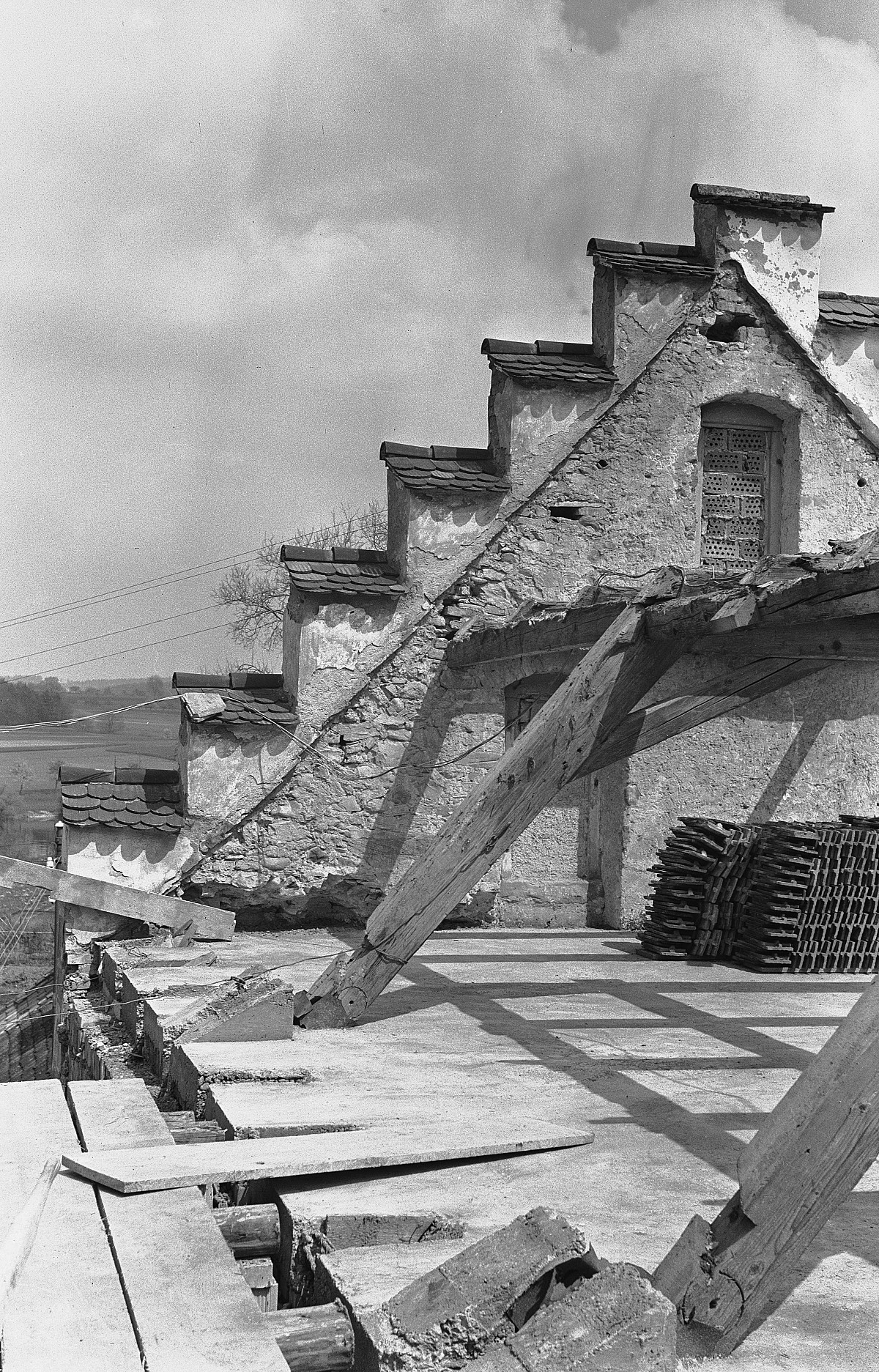 A total of around three million Swiss francs is spent on comprehensively renovating the entire convent complex for the approaching 150th anniversary. The former guest wing of Klostergut Paradies is restored and converted into the Iron Library. A total of 32 deciduous and 8 coniferous species from Switzerland and abroad are added to the convent garden.
Show more 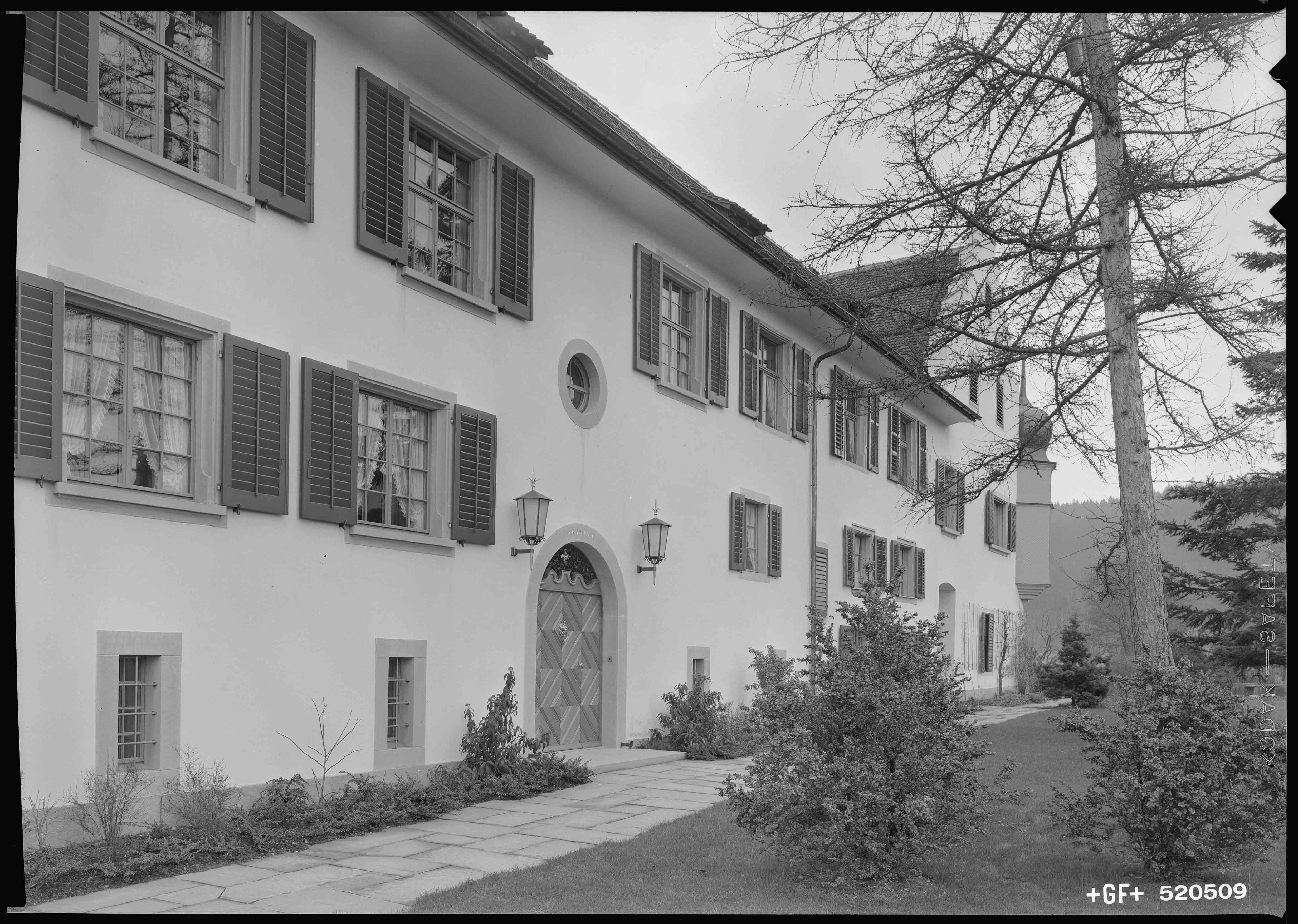 GF celebrates its 150th anniversary. This coincides with the 50th year with the company for Ernst Homberger, the long-standing general manager, delegate and president of GF’s Board of Directors. The Iron Library in the convent’s former guest wing is ceremonially opened on 3 May 1952. It has remained open to this day to all interested parties, whether researchers or amateurs, for use and research.
Show more 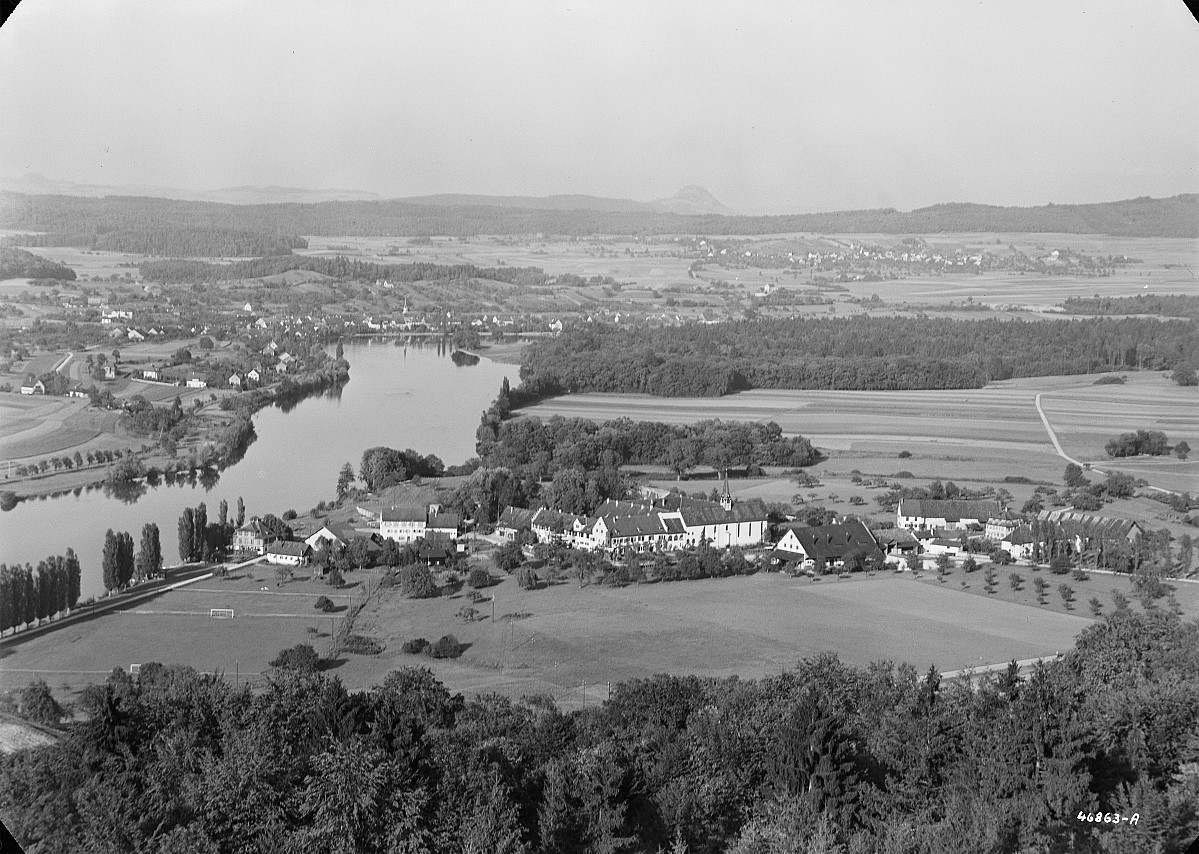 In 1974 GF fills out the boundaries of the convent by purchasing the land along the Rhine, including the Kreuz Restaurant (now called Paradies). The total area increases from 50 to around 77 hectares. The restaurant is remodeled, and leisure and sport facilities are built on the banks of the river, which according to the employee publication of the time (“GF intern”), were partly the fruit of voluntary work in employees’ leisure time.
Show more 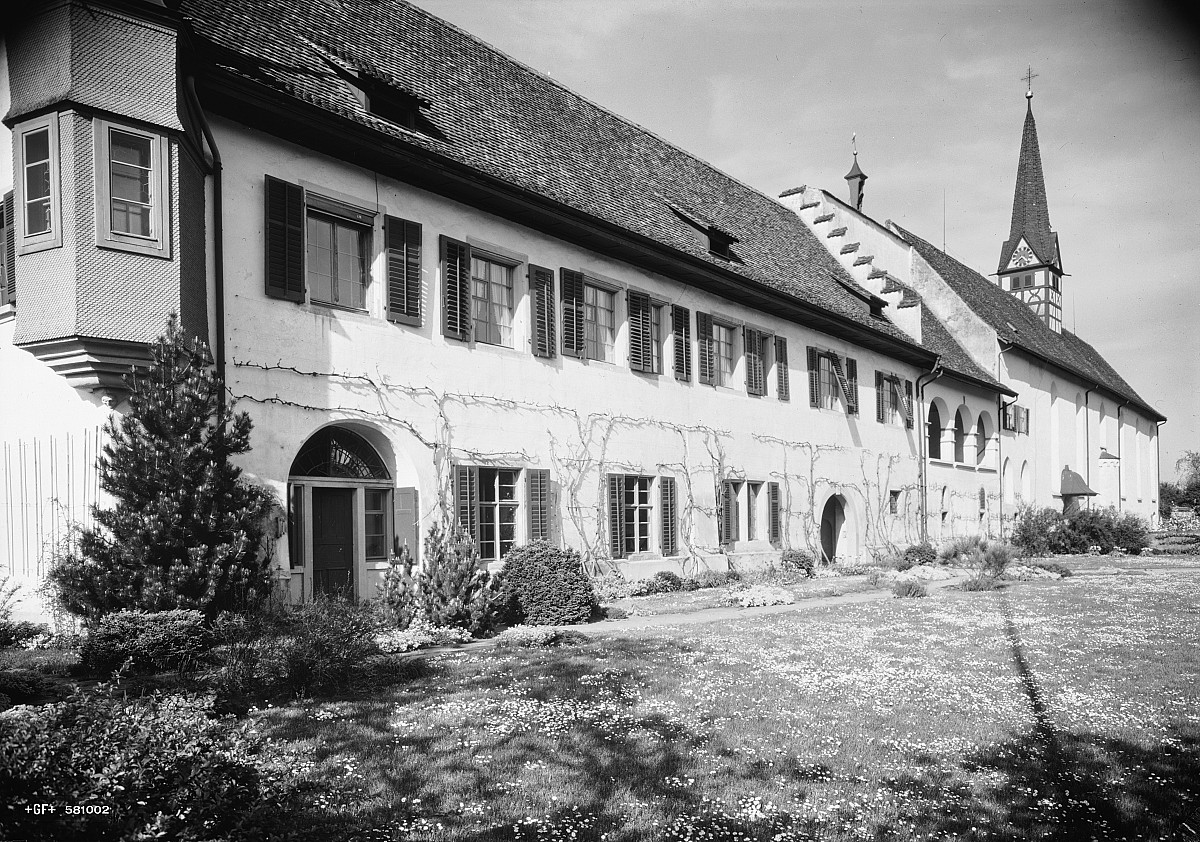 GF establishes the Paradies Foundation. The foundation's purpose is described as follows: “The Foundation owns, manages and maintains Klostergut Paradies. The convent and its immediate surroundings will be preserved in their historical condition as a monument to Thurgau culture, and used for purposes that are appropriate to and worthy of its past”.
Show more 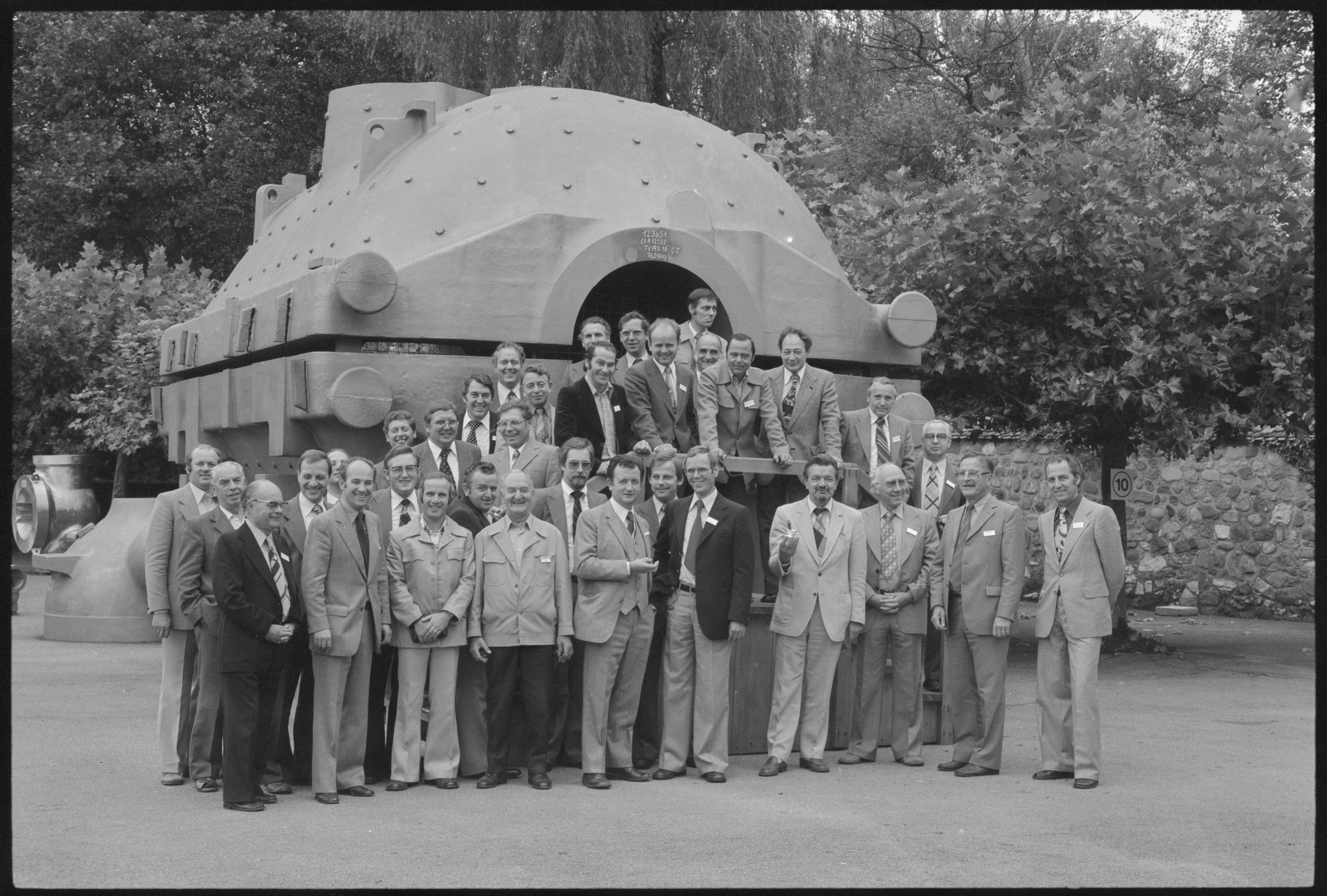 On the occasion of the company’s 175th anniversary, GF holds an extensive exhibition at the Paradies Training Center that draws around 45'000 visitors in the space of three months. A total of 5'000 GF products with a total value of 20 million Swiss francs are exhibited along a 400-meter exhibition route. The highlights include a textile machine in the cloister, a 175-ton steam turbine housing at the convent gate and a Pelton wheel with a diameter of five meters.
Show more 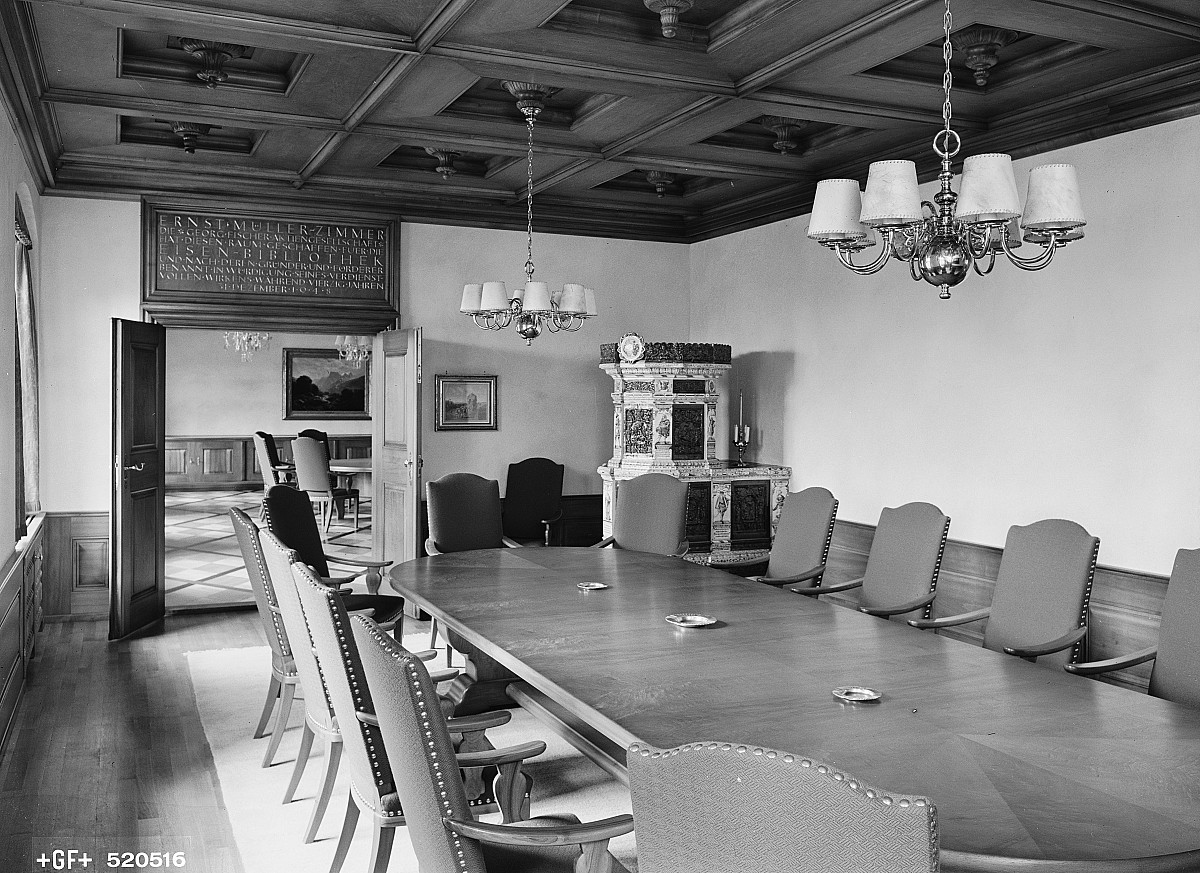 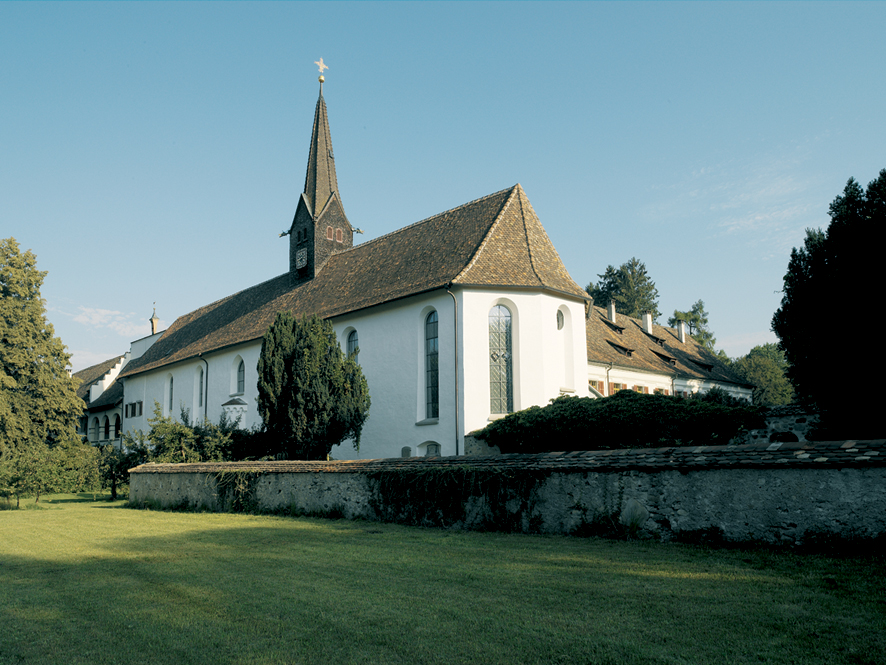 St. Michael’s convent church in Paradies, which was almost completely converted to a baroque style between 1726 and 1728, is comprehensively renovated at a cost of more than 2.5 million Swiss francs. The project is financed for the most part by the parish renovation fund, the political municipality of Schlatt, the Monument Preservation Department of the Canton of Thurgau and the Swiss federal government as well as the regional Catholic church for the Canton of Thurgau. More money is secured in the form of contributions from foundations and donors, under the auspices of the “Friends of Paradies Convent Church”. The convent church is dedicated on 29 September 2002 in a two-day celebration that the entire population is invited to attend. Today the convent church is a cultural asset of national significance.
Show more 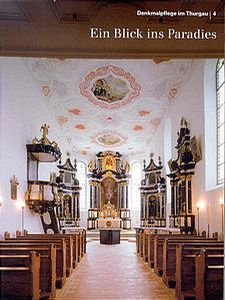 On 27 and 28 September, the Catholic parish of Paradies and GF celebrate the 750th anniversary of the Paradies convent, including a ceremony and a private exhibition of the book “A Look Inside Paradise” (“Ein Blick ins Paradies”, Monument Preservation in Thurgau, Volume 4).
Show more 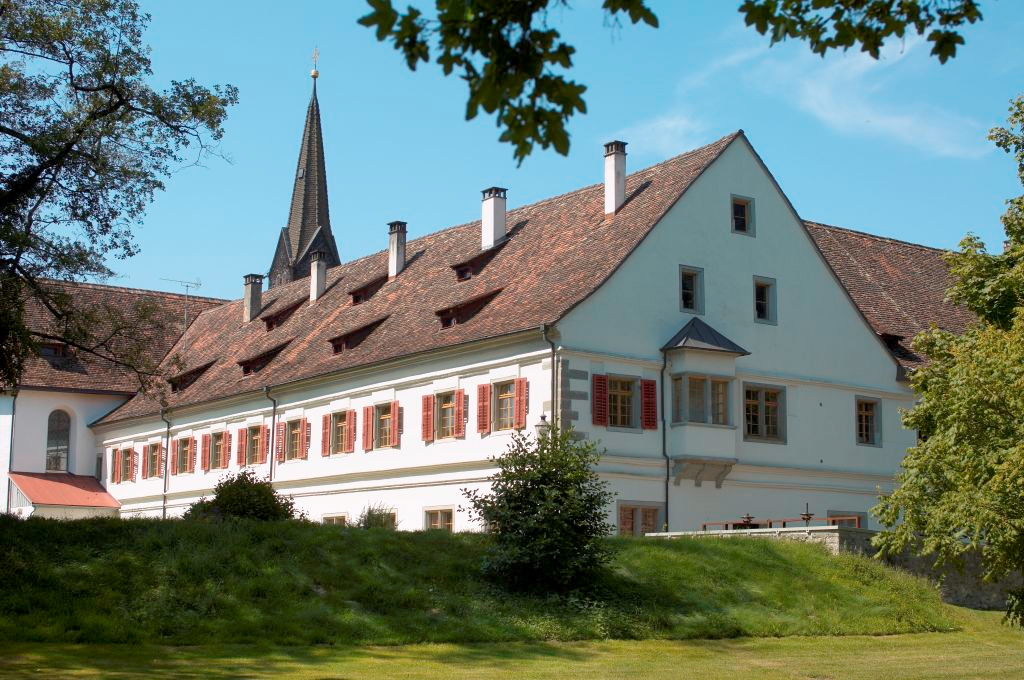 The Thurgau Heritage Preservation Society presents its Heritage Preservation Award worth 5'000 Swiss francs to GF with its Paradies and Iron Library foundations. The award is presented in recognition of the significant merits of renovating and preserving the substance of the buildings as well as the cultural use of the former Paradies Clarissine convent. This is the first time that the award has been presented to an industrial company.
Show more 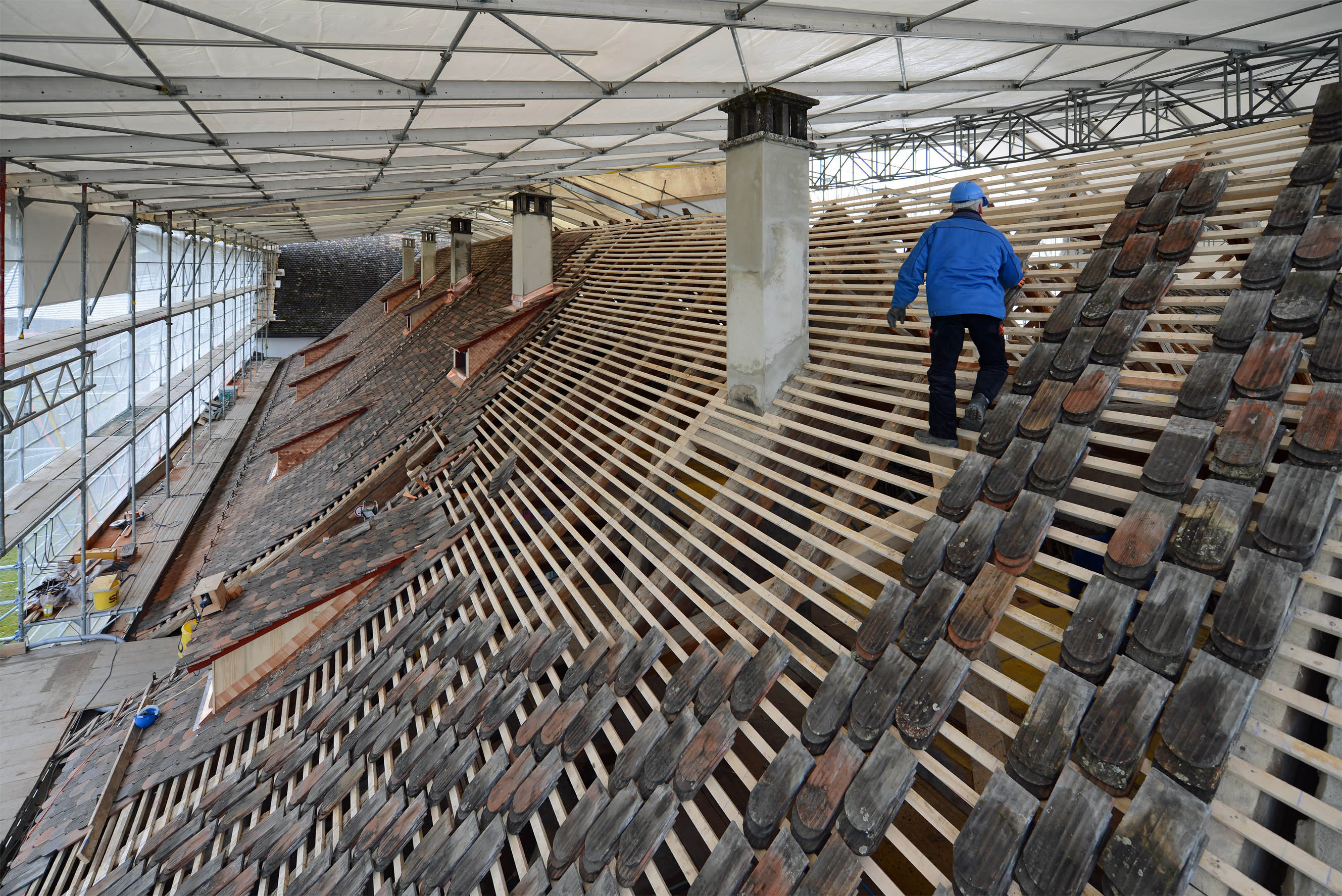 The roof of the East, North and central wings of Klostergut Paradies, covering an area of 2'300 m2, is renovated at a cost of around 1.5 million Swiss francs. The Swiss federal government, the canton and the municipality contribute around a quarter of the renovation costs.
Show more 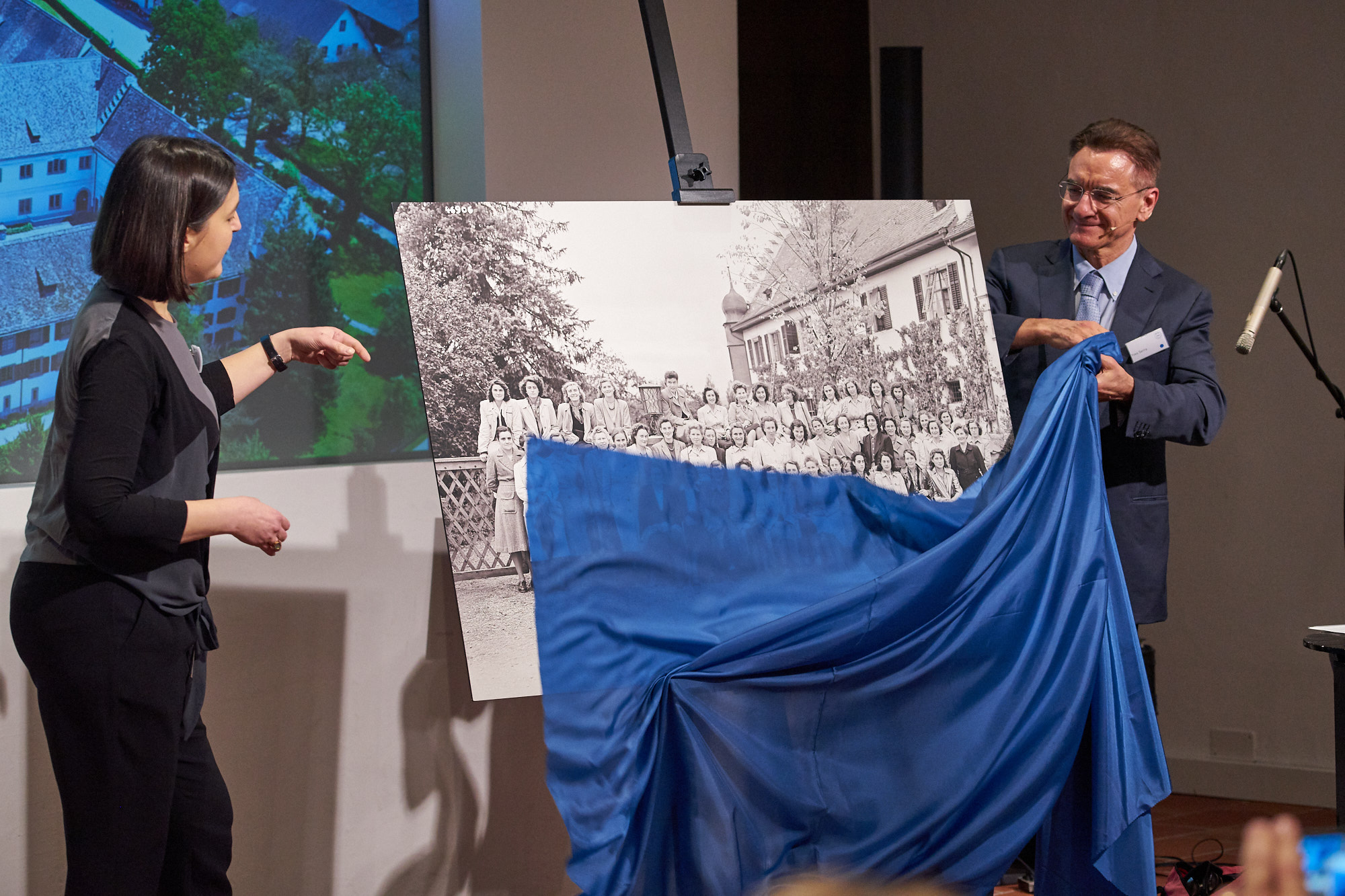